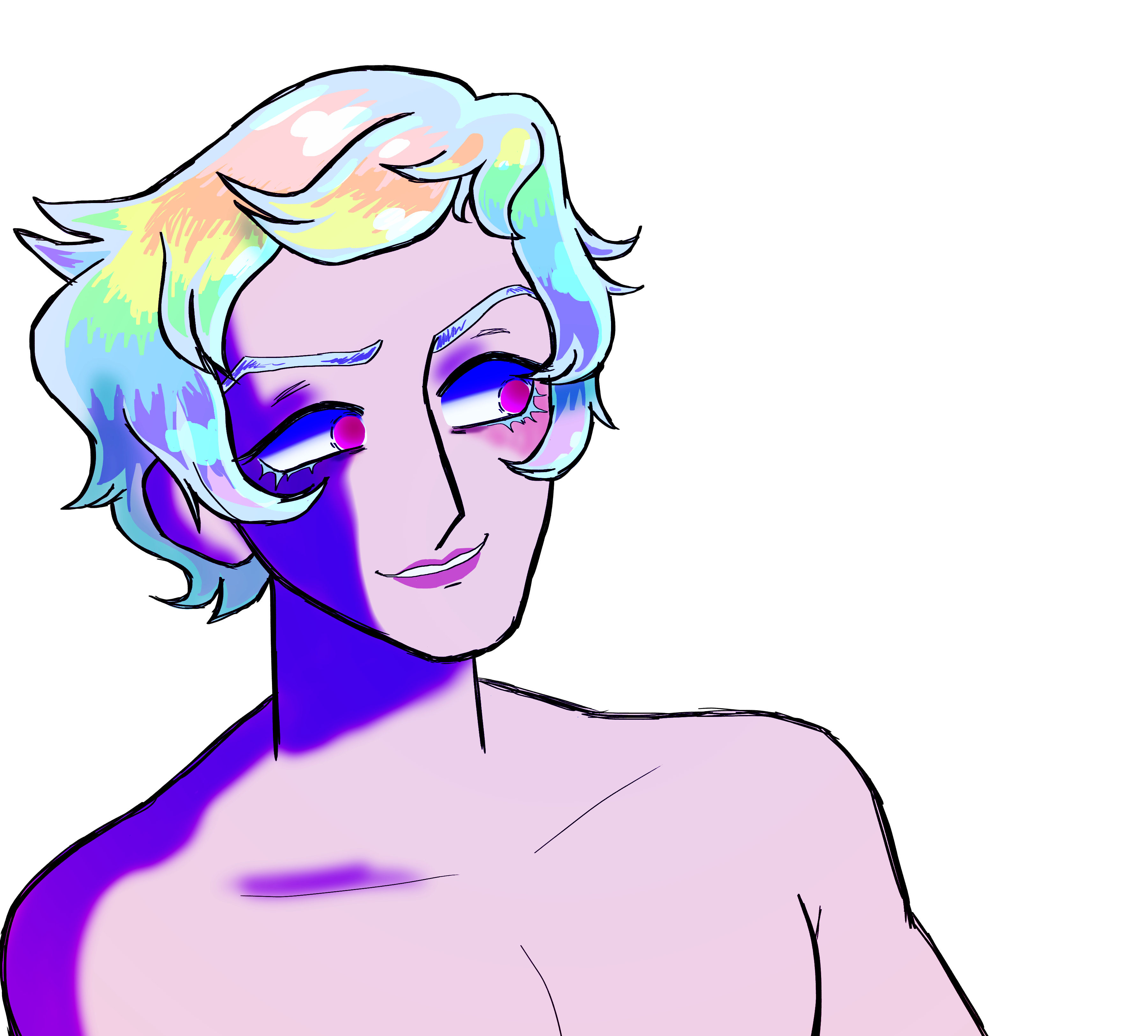 this is cælestis! he was cursed with immortality by jupiter either before he was born or shortly afterwards; he doesn't know when, and will never know. he's a child of libitina, roman goddess of funerals, and was the second of a set of triplets.

his childhood wasn't great. his father was a libitinarius (an umbrella term for roman funeral workers), which meant that cælestis and his brothers were ostracized by the rest of their town. cælestis was incredibly attached to his brothers, and was devastated after they died.
eventually, he moved to rome, where he continued working as a libitinarius. while there, he met caligula while he was emperor, and the two became close friends. they both had romantic feelings for each other, but caligula confused his feelings for friendship, leaving cælestis to pine longingly. and pine he did! even after caligula was murdered, cælestis couldn't find anyone who could replace what he had lost.

after that, cælestis retreated to a hidden room under rome, almost like an underground mausoleum. there he slept for decades, overwhelmed by the waking world. and that's the pattern he followed for the rest of his existence; he would travel the world for decades, often over a century, trying to find a purpose, fill the hole in his chest, do something. occasionally he tried to find away to breach the underworld, but his curse kept that from him, too. and then, when he was tired of tragedy, overwhelemed by the pain of the world, he would return to his mausoleum beneath rome and sleep. each time, his mausoleum expanded, becoming labyrinthine and ever-shifting.

the last time he went to sleep, the year was 1938.
when he woke up, his coffin was surrounded by confused and frightened children, who quickly informed him of the year, and of the fact that Gaea was waking.
he had nothing better to do. he helped them.